Finally my new orders came.  I was assigned to the Port Directors office in Sasebo, Japan, which had been set up immediately after the surrender.  Sasebo was on the island of Kyushu, about 40 miles up the coast from Nagasaki. 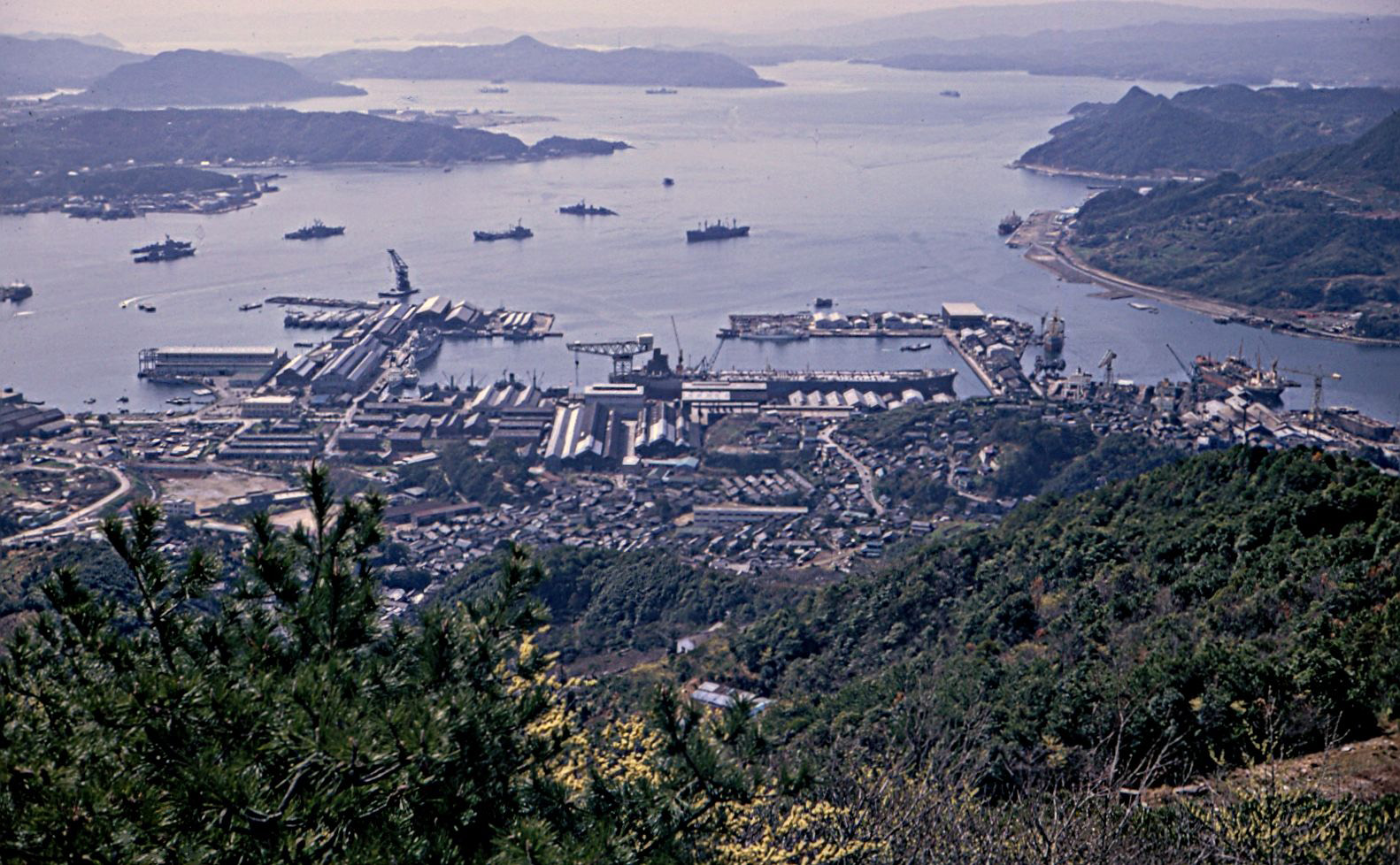 It took 28 days on a Naval transport ship to get there.  Since I was a rated man, I didn't have to work.  I spent my entire time reading books.  We arrived in Sasebo in November 1945.

Bill talks about his Sasebo assignment:

Japan was a mess after WWII.  Sasebo had been firebombed and was badly in ruins as were most cities.  There was a great need to send food and building supplies to rehab the country.  The problem was that the coast and the Inland sea were heavily mined.  Japan had heavily mined the coast and the US Air Force had dropped 5,000 mines in the Inland sea.  There was no way of knowing where they were.  Mine Sweepers were brought in to clear channels to the ports.  Sasebo is the first deepwater port availabele when sailing to Japan.  Every ship with the relief supplies had to anchor in Sasebo and await sailing instructions from the Port Director's Office.  We were advised of where the mines had been cleared and plotted courses for the ships to take to deliver the supplies.  We did a good job; not one ship was blown up.

As I mentioned before, Nagasaki was 40 miles from Sasebo.  After officials said it was safe to go there, our QM group requisitioned a vehicle and drove down.  The trip itself was an adventure.  There were only one lane dirt roads over mountainous terrain with no guard rails.  When we arrived there, everything that had been reported was true.  The city was just rubble.  One building had been a torpedo factory with large machinery.  The machinery laid on the ground and was melted into round blobs.  I could only imagine what happened to the people who were there.  They must have been instantly cremated.  This was just a rudimentary bomb.  I can't even imagine what would happen today.

Bill saved some maps of the Sasebo and Nagasaki harbors: